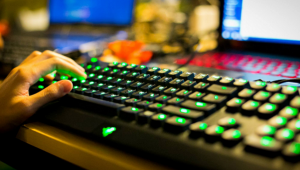 I am a huge fan of online gaming, and have been for as far as I can remember. Strategy games on PC have developed into an important part of my life. Through my gaming years, I have grown very fond of these games as they challenge my thinking skills by offering up challenges or obstacles on the way to a final result. These games are usually based on a fascinating and compelling storyline developed by the designer, and which allows the player to interact on a personal level. By utilizing first person action, coupled with the newest and most advanced computer generated imaging, the game feels almost real. I will explain a little bit about some of the features that are very appealing to me whenever I choose a game.

Strategic games often include obstacles to movement and tactics, which must be overcome to move forward. These games are about winning, and it takes a tactical mind to achieve victory. The player must multi-task so as not to be blind-sided by other opponents, because, while you are executing one plan, another player may by scheming against you.

Most of these games of strategy have overtones of war, and the test is in the tactics, both in their economic dynamics and in their logistics. My personal favourites in this genre are:

All of these I play on a regular basis, and I assure you that they will take you on an unforgettable adventure, although you may get easily hooked!

These genres of gaming excitement had to have been born in the mind of designers filled with dreams of exploration. Good examples of explore and discover –types of games are:

These games have all the makings of creation and domination, protection and administration. 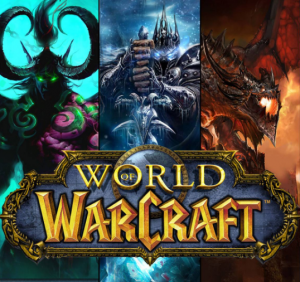 Of course, the latest technological advances are at the disposal of the designer. And it is here where the strategy game really pulls me in. The exciting storylines, which are artfully surrounded by amazing graphics and sounds, really draw you in, and bring alive the adventure that you are about to embark upon.

A good example is one of the all-time favourite games of mine, World of Warcraft, which was introduced in the early 2000’s, and has grown into a game with a cult following. Besides the incredible computer-generated images and sounds, the storyline is worthy of its large following. Here in Warcraft universe the ability to change your situation is a must. Working with the various plot points of the game, and by completing certain tests, this gaming universe allows one to manipulate the surroundings to gain an advantage, which is both a reward and an achievement.

Other games such as Starcraft 2 and League of Legends present their own set of obstacles for the player, but the joy experienced during the game and upon its completion leaves a gamer always wanting more.