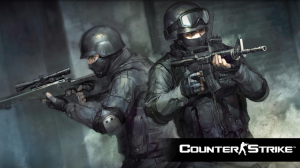 One of my ultimate favourites is of course Counter-Strike. Many are familiar with this game as their first multi-player interface. When it comes to first-person shooter games, Counter-Strike delivers a powerhouse of online game-playing fun. Valve Corporation released this game late in the 90’s but modified it in the early 2000’s with the onset of Windows. Counter-Strike is a brand and since its instalment into the gaming market, it has grown and developed into gaming royalty.

Counter-Strike gives the player the choice of being on the terrorist squad, the counter-terrorist unit, or just an independent fighter. Missions are successful upon the defeat of the other team. Each match entails a number of operations and objectives that must be completed. Operations include anything from defusing bombs and solving a hostage crisis, to securing precious human cargo. 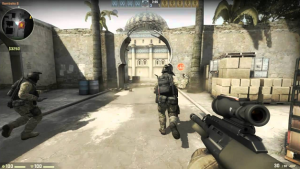 Upon choosing one of the eight characters, the game begins directly. In the first few moments before the match starts, players have to purchase equipment and prepare for battle. Those who perish during the fight will begin the next fight with minimal tools, while those who have survived will retain what they have accumulated. The maps are set in different locales around the globe, and the warring factions must achieve victory over their opponents by completing tasks outlined by the map or by killing all enemies.

With a score of 88 points out of a hundred on the Metacritic scale and all of the other great reviews across the board, Counter-Strike has found its place in the gaming world. The game has provided players with real money bonuses for in-game play, and Counter-Strike has launched different versions of the game, which has added to its success. The last expanded game in the series was released in 2012, for emerging and upgraded systems. Counter-Strike has become so popular that other arcade games are being spun off.

To earn points and bonuses for playing Counter-Strike some in-game requirements must be met. There are points awarded for multiple objectives, from bombings to kills. Points are also obtained for assisting in/or defusing bombs and points deducted for friendly fire or killing oneself. As the point tally grows, the ability to equip your character with the necessary tools to complete the mission becomes better, thereby providing the player with the capacity to overcome the games’ greatest obstacles. 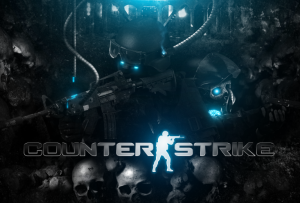 Counter-Strike a game that has stood against the great games of its day and has found itself on the list of respected titles. It is an original, enduring game that evolves, as the ability to develop becomes reality.

There are many first-person shooter games on the market, but none compares to the enjoyment that this title provides. It is for that reason that this game has been around for as long as it has. Counter-Strike is the game of yesterday, today, and tomorrow.