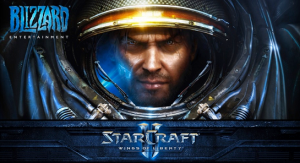 Developed and published by Blizzard Entertainment, Starcraft II: Wings of Liberty is a competent and substantial follow-up to StarCraft, and its expansion, Brood War. This game focuses on three species – the Terrans, humans from Earth; Protoss, advanced species with high mental powers; and Zerg, assimilated life forms. If you are a fan of the StarCraft franchise, then you will easily understand the theme and the story line adopted by this new Blizzard title. The Wings of Liberty is a follow-up to the expansion, Brood War, and it is evident in the theme and storyline.

The campaign starts four years after the development in Brood War, with Jim Raynor taking the lead in the campaign. New players of the game will learn more about the history of the franchise, thanks to the characters included in the game, who will share bits of information.

The story and conflicts in StarCraft I are given through mission briefings and flashy animations. For this new variant of the game, the plot is shared with the players using in-engine cut scenes. What’s compelling about this updated version of StarCraft is the characterization of Jim Raynor, the person who will lead the campaigns in the game. Raynor is characterized as a ‘disillusioned drunk and bitter captain,’ which adds a layer of drama to the rich and compelling storyline of SC II.

What to Expect from SC II Campaigns? 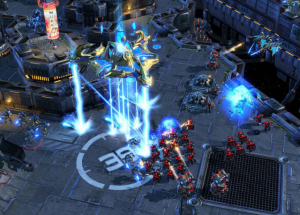 If you are familiar with role-playing games, then the campaigns that can be completed in this game will be exciting. There are 29 playable campaigns, with 26 campaign missions playable by a single player. The three other missions in SC II offer choices and the player must choose among the alternates. Choose and complete a mission and you get to earn money. The money that you accumulate in the game can be used to finance unit upgrades, or earn Protoss and Zerg research points.

With more points under your belt, you can access more units and upgrades. For those looking for a challenging mission, consider completing the ‘Piercing the Shroud’ mission. This mission can be unlocked by playing the ‘Media Blitz’ mission, and by blasting the Science Facility.

As a follow-up to a massively successful game, the StarCraft II: Wings of Liberty is often seen as a challenging and difficult game to play. While the promotions for the game are aimed at established players, this game provides opportunities for new players to enjoy and discover the StarCraft universe as well.

This game offers one unit for every mission, thus providing new players with a chance to understand the game. Enthusiasts need not worry since there are four difficulty levels, with ‘Brutal’ as the most challenging. Also, boredom should be the least of your concerns when playing the game since it also offers ‘Achievements’ that can be targeted in every mission. The best way to experience the game is in the multiplayer mode. But before you dive into ranked matchmaking, you may want to try first the Practice League to learn the ropes and build your confidence.